​Luminous, passionate, expansive, an emotional tour de force. Sunset Park follows the hopes and fears of a cast of unforgettable characters brought together by the mysterious Miles Heller during the dark months of the 2008 economic collapse.

Miles Heller is a young man without ambition, plagued by guilt for the death of half-brother, already seven years living in voluntary exile without contact with family. He finds meaning of life in a relationship to an exceptionally intelligent, but still minor Pilar Sanchez. However, when there is a risk that her family notifiy the police of their relationship, Miles is forced to end his exile and return to his native New York. An abandoned house in the Sunset Park neighborhood of Brooklyn becomes his home, where a group of young people settled illegally: an idealistic revolutionary, Bing Nathan, rational Alice Bergstrom and Ellen Brice, suffering with psychological problems. Paul Auster opens up the complex and closely intertwined fates of his characters with a narrative passion , with relentless courage, but also with humility before the "strangeness of life."

These are just some of the elements Auster magically weaves together in this immensely moving novel about contemporary America and its ghosts. Sunset Park is a surprising departure that confirms Paul Auster as one of our greatest living writers.

"Auster consistently brings to the page interesting people, possessed by esoteric fixations and driven to express their ideas in creative ways." 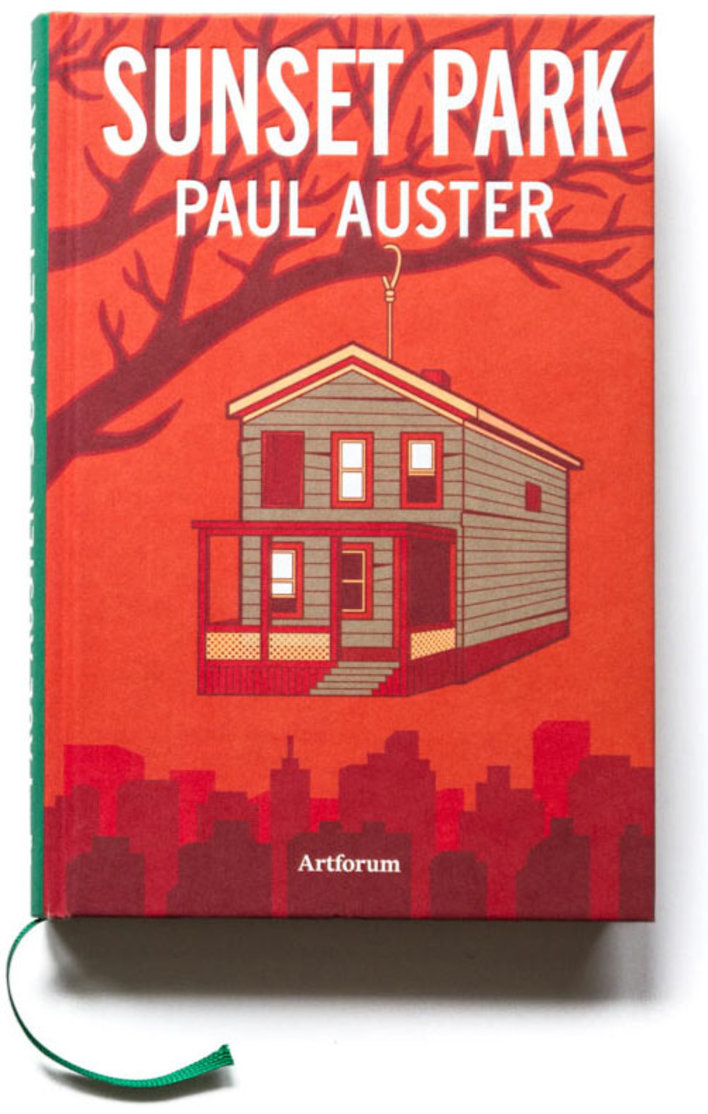 Paul Auster was born in 1947 in Newark,New Jersey, though his novels—full of metaphysics and crime—usually take place in New York. Following his acclaimed debut work, a memoir entitled The Invention of Solitude, Auster gained renown for a series of three loosely connected detective stories published collectively as The New York Trilogy. These books are not conventional detective ... More.