Paul Auster was born in 1947 in Newark,New Jersey, though his novels—full of metaphysics and crime—usually take place in New York.

Following his acclaimed debut work, a memoir entitled The Invention of Solitude, Auster gained renown for a series of three loosely connected detective stories published collectively as The New York Trilogy. These books are not conventional detective stories organized around a mystery and a series of clues. Rather, he uses the detective form to address existential issues and questions of identity, space, language, and literature, creating his own distinctively postmodern (and critique of postmodernist) form in the process. Comparing the two works, Auster said, "I believe the world is filled with strange events. Reality is a great deal more mysterious than we ever give it credit for. In that sense, the Trilogy grows directly out of The Invention of Solitude." The search for identity and personal meaning has permeated Auster's later publications, many of which concentrate heavily on the role of coincidence and random events (The Music of Chance) or increasingly, the relationships between people and their peers and environment (The Book of Illusions, Moon Palace). Auster's heroes often find themselves obliged to work as part of someone else's inscrutable and larger-than-life schemes. In 1995, Auster wrote and co-directed the films Smoke (which won him the Independent Spirit Award for Best First Screenplay) and Blue in the Face. Auster's more recent works, Oracle Night (2003), The Brooklyn Follies (2005), and the novella Travels in the Scriptorium, have also met critical acclaim. 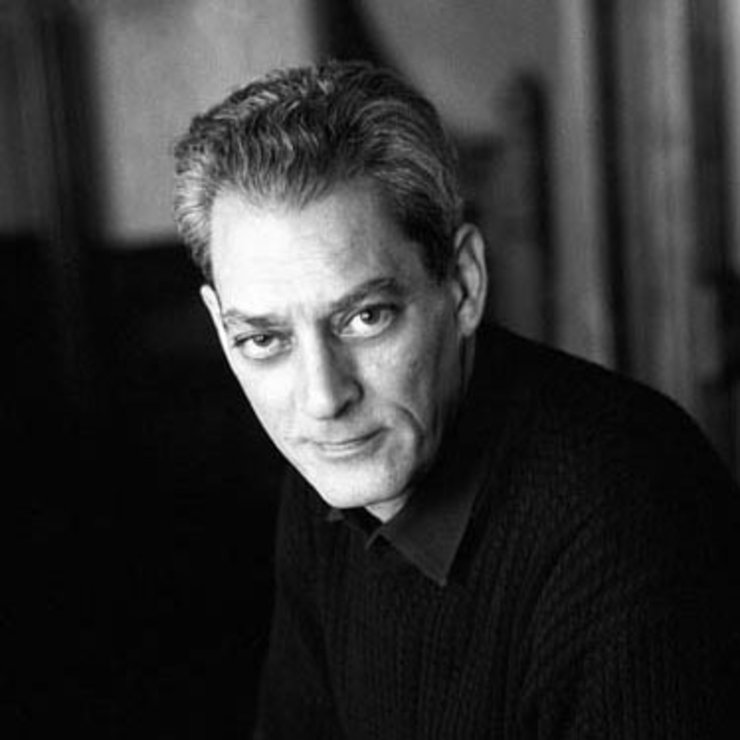 Travels in the Scriptorium

Vintage of Paul Auster: mysterious texts, fluid identities, a hidden past, and, somewhere, an obscure tormentor.

In his quietly transfixing new memoir, Winter Journal, Paul Auster meditates on what it means for his mind, body, and creativity to experience the unforgiving passage of time.