Miro Švolík has spent decades creating conceptual work that explores that human form in space. Probably best known for his overhead photographs of groups, Miro truly knows how to see the big picture.

Miro Švolík was born in Zlate Moravce, Slovakia, in 1960. For 4 years, he studied Applied Photography at the Secondary School of Applied Arts in Bratislava, (graduated in 1979), and, thereafter, for six years, at the FAMU Film and TV School of the Academy of Performing Arts in Prague, (degree in 1987). Since 1988, he has been working as a freelance art photographer. Since 2009, he has been working as the head of the Department of Photography and New Media at the Academy of Fine Arts and Design (VSVU) in Bratislava, Slovakia.

Since 1984, he has had 62 independent photographic exhibitions and participated in approximately 200 group exhibitions. He has exhibited his photographs in various European countries, several times in the USA. In 2005, he published a book with black and white analogue photographs called The Way to the Centre. He likes to take bird's eye view pictures and usually creates photographs as collages and montages. In the last 3 years, he has been creating photographic montages also using a computer. His most recent digital photographs were published in 2010 in a catalogue called Big Woman Little Man. In 1990, he won the ICP award at the NYU Young Photographer, Sixth Annual Infinity Awards, International Center of Photography, New York City. He lives in Prague, Czech Republic. 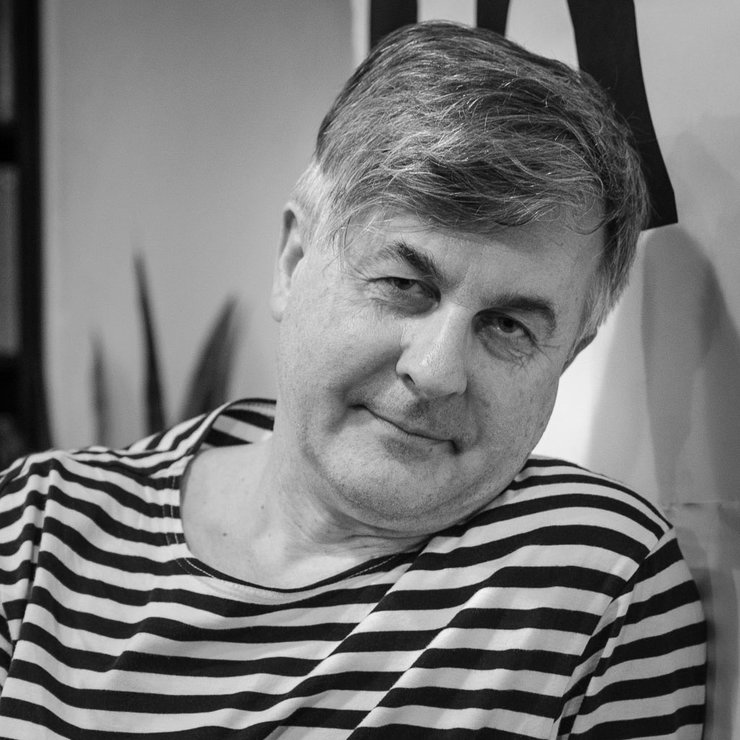 Twenty-five is the number of years that have passed from Velvet Revolution in Slovakia till 2014.