The author of many poems, fairy tales short stories and dramas. He lives in Finland for a long time, but still has not learned skis. To swim knows. Oak trees grown in her pots and she plays with monsters. And next to it, she writes stories.

Alexandra Salmela (born 1980 in Bratislava, former Czechoslovakia; now the capital of Slovakia), who only started studying Finnish in her 20s.

Mrs. Salmela has now been living in Finland. She’s married to a Finn with children. The work with which she was awarded is , 27 eli kuolema tekee taiteilijan, is a novel about a young woman living in Prague, aspiring to be an artist and die at the age of 27, like Jim Morrison. Coincidentally, the protagonist then packs her backpack and goes to visit the cottage of her literary teacher in Finland, where the story unfolds.

Mrs. Salmela didn’t win the Finlandia prize but she was awarded another literary prize by Helsingin Sanomat, worth €15,000. Literary critics have complimented her on her effortless and eloquent command of the language and her sarcastic/ironic style of narration. She also made the board of Suomen Kustannusyhdistys ry. (or “The Finnish Book Foundation” as they call themselves in English) change the rules of eligibility for the Finlandia prize to allow nominees who are not Finnish citizens... which was something they had never before had to consider for the lack of published Finnish language material from such persons. 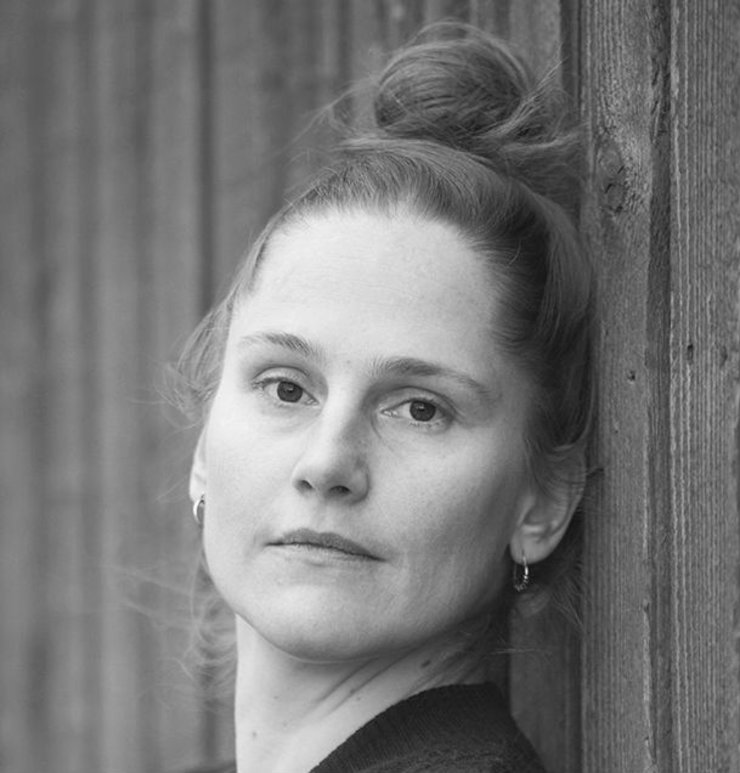 Mom Giraffe and other Monsters

​A book about cynicism and hope in a collapsing world, about corruption of ideals and bad motherhood, about a journey, about trees and heroes.