Tellurium! New horizons of hopes! Tellurium, shining like the vestments of angels! Tellurium, gleaming like the lightening of the prophet! Tellurium, plunging like a divine scalpel into the brains of millions! Tellurium, moving the boundaries of the human! Tellurium, filling people with confidence in the past, present and future! Confidence! Happiness! Joy! To the brim! To ecstasy! Until their blood boils! To the Great Peace of the Soul! Tellurium, whose name is Overcoming Time and Space!”

Vladimir Sorokin’s new novel “Telluria” is densely populated with characters from different countries, and even eras: partisans and princes, gays and pagans, party leaders (some long dead, and some who have become “small”) and zoomorphs (human animals), peasants and proletarians and new Knights Templar, a harem of phalluses and faithful warriors of Allah, Batman and a dog-headed poet and philosopher who feed on carrion from the battle field… The novel takes place in the mid-21st century in Eurasia, which after a long and bloody war with the warriors of Allah has acquired new borders. The world has been transformed. “After the collapse of ideological, geopolitical and technological Utopias, it has finally plunged into a blessed enlightened Middle Ages. The world has become human in size. Nations have found themselves. The human being has ceased to become the sum of technologies.” Russia has split into numerous independent principalities: Moscow with a sovereign, fenced off from the Chinese Moscow region by a high wall, the Stalinist Soviet Socialist Republic (SSSR) founded by Stalinist oligarchs, with a cult of Stalin and a flourishing tourist business because of it, Ryazan with princes, serfs and moose hunting, the Far East Republic, with many songs – Japanese, Chinese and Russian – a “Far East symphony”, the Urals Republic, where people live in dug-outs in a state of permanent war for the idea of the United States of the Urals. In every chapter, and there are 50 of them, readers find themselves in a new location: Stockholm, Moscow, Barcelona, Paris, Bern, and in the capital of the Rhein-Westphalian republic of Cologne, where the first post-war carnival takes place…

The publication was affected under the auspices of the Mikhail Prokhorov Foundation TRANSCRIPT Programme to Support Translations of Russian Literature. 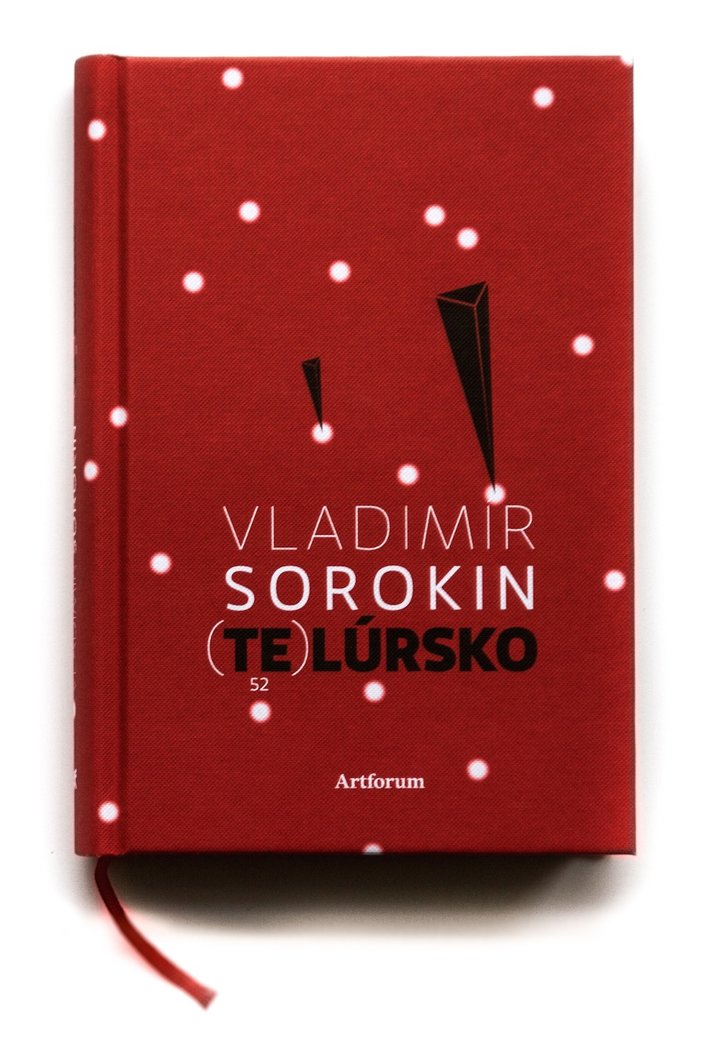 Contemporary postmodern Russian writer and dramatist, one of the most popular in modern Russian literature. Sorokin, who lives in Moscow, has been critical of the Putin Regime. Sorokin was born on 7 August 1955 in Bykovo, Moscow Oblast near Moscow. In 1972 he made his literary debut with a publication in the newspaper Za Kadry Neftyanikov (Russian: За кадры нефтяников, lit. For the petroleum industry human resources). He studied ... More.

Editor, lyricist, writer, journalist and translator. John Strasser graduated from the Faculty of Arts, Department of Russian - Slovak. He worked as an editor, theater editor and journalist. He published ten collections of poetry, several books of a song texts and fourteen books of interviews with famous ... More.

Outstanding sense of abstraction and minimalism is typical for his work, easily captures at the motto "the less is the more". Peter "Pyppo" Dlhopolček is known graphic designers, artists and street art artist. More.