"Basic curiosity drives the reader, and Helle Helle plays her cards economically with a flair for maximum effect. The author rests in her style."
- Erik Svendsen, Jyllands-Posten

"Some pieces of literature, no matter how great an effort you make as a critic, cannot be opened or captured in a way that does the work justice. That’s how I feel about Helle Helle’s new and unusually precious novel This should be written in the present. (…) Most of the sentences are small works of art, containing a whole story in itself.  Helle Helle outdoes herself." - Nanna Goul, Weekendavisen "Of course there has been breaches of realism in her writing before, but this time Helle Helle is decidedly mischievous doing it. With her small meta hints, she puts out her tongue at the interpretive reader. Yes, she does. It is small and pointy, the tongue, but it’s there.  But that too is a quality. For of course is This should be written in the present an excellent novel, yet another sleek and nonchalant masterpiece from Helle Helle’s hand." - Tue Andersen Nexø, Information 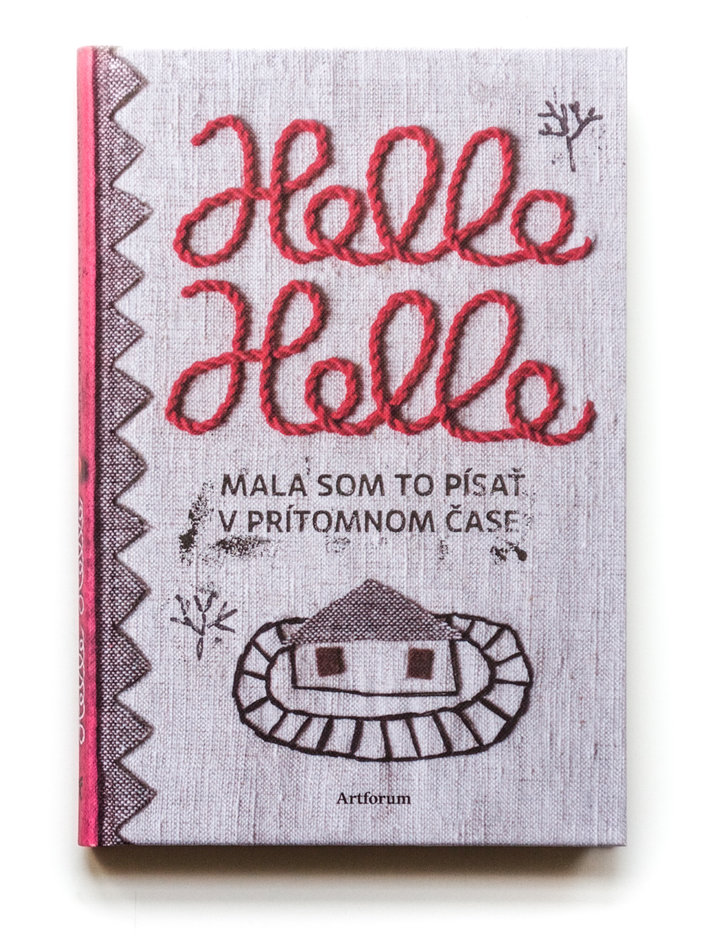 ​Helle Helle (born 1965) published her first book in 1993. Since then, her work has garnered overwhelming critical and popular acclaim. Recently awarded the Golden Laurel literary prize, Helle Helle is the recipient of countless literary accolades, among them the Danish Critics’ Prize, the Danish Academy’s Beatrice Prize, the P.O. Enquist Award and the prestigious Lifetime Award of ... More.

Teacher of Swedish grammar, phonetics, Nordic culture and translation from Swedish on the Comenius University in Bratislava. More.

Lenka Šturmankinová was born and raised in Košice. She studied at the Academy of Fine Arts in Bratislava and is currently studying at UAP in Poznaň, Poland. Illustration. She like to look at the world trought touch. More.

She illustrates children's books as well as she does graphic design and book design. Martina Rozinajová finished her studies as a graphic designer in 2012 studying visual communication. She was awarded twice a national prize for design. Her project New Schoolbooks was shortlisted in the best graduation works Graduation Projects 2013. ... More.