Double-book and double-CD is a combination of efforts of Artforum and the Slovak Radio: 35 stories, 35 recordings.

17 names, 17 authors of the Slovak current prose aged 25 to 77, both women and men whose names are known from radio, television, theater, newspapers, books and literary competitions. They all share at least one thing: the love towards writing.

Double book and double CD Mininovels is a result of the connected forces of Artforum and the Slovak Radio: 35 recordings of an average of 3 minutes, 35 of texts of an average of 3 pages. Or the other way round. In the end it doesn't matter. Important is, that people write in Slovakia. And people write well, to the point, fresh. People write in a way that it is worth recording it. And people record, so it is worth publishing it. They write about us, about our world, about our sorrows and desires. The book reads itself, and maybe short, still the stories can not only once awaken a very well known feeling inside. Feeling of the most inside connection to the story, the characters, the environment. 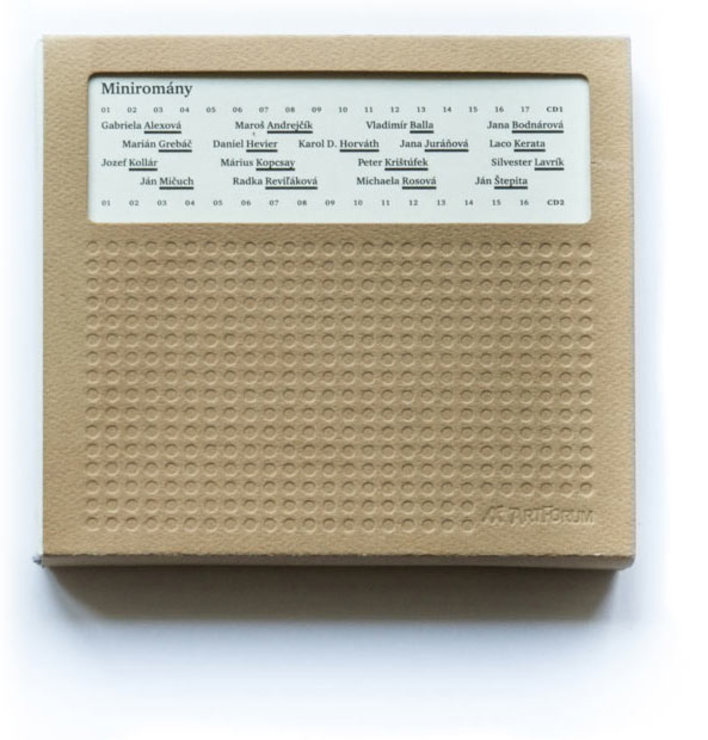