Story in letters written by Kathrine Kressman Taylor in late 30s of the last century. It had an immediate and thunderous response in the United States. It was among the first literary works, which uncovered the true face of Nazi Germany to Americans. " Most accurate definition of the Nazis" in letters of two friends.

Martin, a gentile, returns with his family to Germany, exhilarated by the advances in the old country since the humiliation of the Great War. His business partner, Max, a Jew, remains in the States to keep the business going. The story is told entirely in letters between them, from 1932 to 1934, Martin writes about the "wonderful" Third Reich and a man named "Hitler." At first Max is covetous: "How I envy you! ... You go to a democratic Germany, a land with a deep culture and the beginnings of a fine political freedom." Max soon however has misgivings about his friend's new enthusiasms, having heard from eyewitnesses who had gotten out of Berlin that Jews were being beaten and their businesses boycotted. Martin responds, telling Max that, while they may be good friends, everybody knows that Jews have been the universal scapegoats, and "a few must suffer for the millions to be saved."

"This Jew trouble is only an incident," Martin writes. "Something bigger is happening." Nonetheless, he asks Max to stop writing to him. If a letter were intercepted, he (Martin) would lose his official position and he and his family would be endangered.

Max continues to write regardless when his own sister, Griselle, an actress in Berlin, goes missing. He becomes frantic to learn her fate. Martin responds on bank stationery (less likely to be inspected) and tells Max his sister is dead. He admits that he turned Griselle away when she came to him, her brother's dearest friend, for sanctuary. (It is revealed earlier in the book that Martin and Griselle had had an affair before the events of the book take place.)

After a gap of about a month, Max starts writing to Martin at home, carrying only what looks like business and remarks about the weather, but writing as though they have a hidden encoded meaning, with strange references to exact dimensions of pictures and so on. The letters refer to "our grandmother" and imply that Martin is also Jewish. The letters from Munich to San Francisco get shorter and more panicky, begging Max to stop: "My God, Max, do you know what you do? ... These letters you have sent ... are not delivered, but they bring me in and ... demand I give them the code ... I beg you, Max, no more, no more! Stop while I can be saved."

Max however continues, "Prepare these for distribution by March 24th: Rubens 12 by 77, blue; Giotto 1 by 317, green and white; Poussin 20 by 90, red and white." The letter is returned to Max, stamped: Adressat unbekannt. Addressee Unknown. (The title of the book is actually a mistranslation of Adressat unbekannt: The correct translation of "Adressat" is "addressee," not "address"; which is much more in keeping with the plot of the story.)

The book's afterword, lovingly written by Taylor's son, reveals that the idea for the story came from a small news article: American students in Germany wrote home with the truth about the Nazi atrocities, a truth most Americans, including Charles Lindbergh, would not accept. Fraternity brothers thought it would be funny to send them letters making fun of Hitler, and the visiting students wrote back, "Stop it. We’re in danger. These people don’t fool around. You could murder [someone] by writing letters to him." Thus emerged the idea of "letter as weapon" or "murder by mail."

Address Unknown was performed as a stage play in France, 2001, in Israel from 2002 (where it still runs) and at the Promenade Theater in New York in 2004. It has also been performed in Germany, Italy, Turkey, Argentina, South Africa and in various other US cities. Address Unknown (Cimzett Ismeretlen) premiered on the stage of Spinoza Haz in Budapest, Hungary on September 6, 2008 and was performed in the Tron Theatre Glasgow as part of the Mayfesto season from 15 to 22 May 2010. It was performed at the Koninklijke Schouwburg in the Hague in the Netherlands in May 2011. 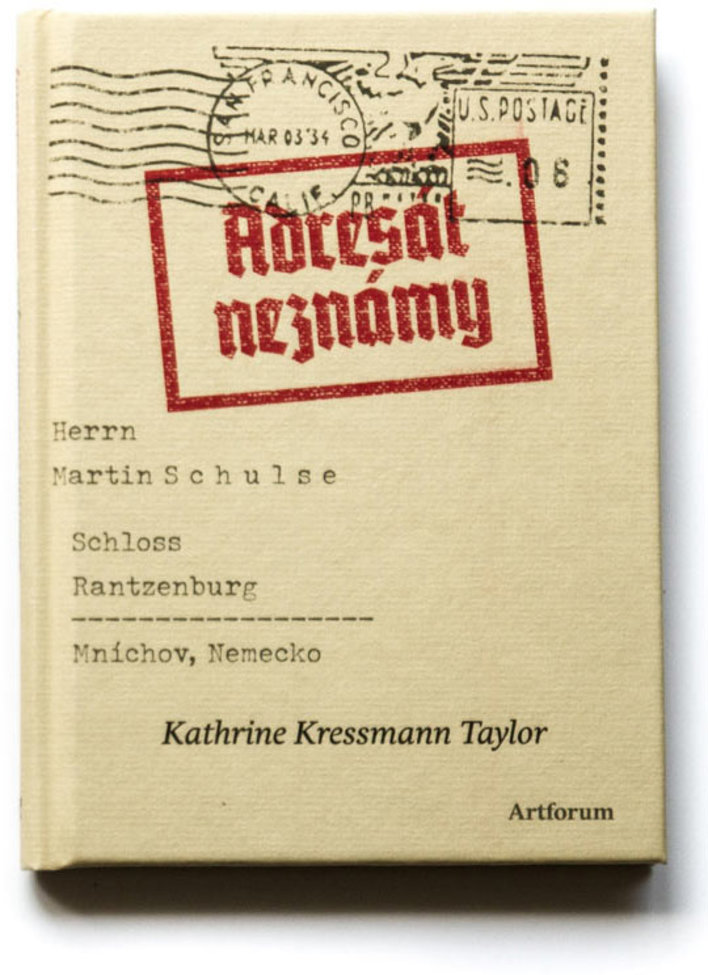 "A woman who shocked America" with her little book lived to age 93 years. She has written three books and several short stories. In 1928 she was invited to a party of a San Francisco Review magazine, where she met her future husband, a proprietor of a small advertising agency. Then she lived a family life on the farm. Shortly before the war she has witnessed a street scene in ... More.