In 1979 she was co-writer of the scenario for one of the most influential Russian animated films, Tale of Tales. She served as a jury member in the 3rd Open Russian Festival of Animated Film in 1998.

In a 1993 interview with Sally Laird, translator of her novella The Time: Night, Petrushevskaya said of her own work, "Russia is a land of women Homers, women who tell their stories orally, just like that, without inventing anything. They're extraordinarily talented storytellers. I'm just a listener among them."

Her works include the novels The Time Night (1992) and The Number One, both short-listed for the Russian Booker Prize, and Immortal Love, a collection of short stories and monologues. Since the late 1980s her plays, stories and novels have been published in more than 30 languages. In 2003 she was awarded the Pushkin Prize in Russian literature by the Alfred Toepfer Foundation in Germany. She was awarded the Russian State Prize for arts (2004), the Stanislavsky Award (2005), and the Triumph Prize (2006).

A new collection, There Once Lived a Woman who Tried to Kill Her Neighbor's Baby, was published in the U.S. by Penguin Books in October 2009 and became a New York Times Book Review bestseller in December 2009. In 2010 it won the World Fantasy Award for Best Collection.[3] The first major translation of her work by an American publisher, the stories often contain mystical or allegorical elements which are used to illuminate bleak Soviet and post-Soviet living conditions. The collection of stories has been well reviewed, buttressing Petrushevskaya's reputation in the English-speaking world. An article in Dissent called the collection "a striking introduction to the author's work":

"Petrushevskaya’s stories could easily be read as bleak grotesques, populated by envious neighbors, selfish adolescents, and parents who overcompensate with exaggerated love. But ultimately, Petrushevskaya’s skillful juxtapositions yield glints of light. Resilience and ingenuity thread through the hardship, whether in the form of forgiveness or love. Such traces of humanity are starker—and brighter—because of the darkness that surrounds them."

This collection was followed in 2013 by a second English language book, THERE ONCE LIVED A GIRL WHO SEDUCED HER SISTER’S HUSBAND, AND HE HANGED HIMSELF.

In her late 60s, Petrushevskaya started a singing career, creating new lyrics for her favorite songs. Since 2008 she has been regularly performing as a singer in Moscow (from nightclubs to major venues such as the Moscow House of Music) and across Russia as well as internationally. Recently she has begun writing her own songs.

Petrushevskaya is also known as a visual artist; her portraits, nudes, and still lifes have been shown in Russia's major museums (Tretyakov Gallery, Pushkin Museum of Fine Arts, State Museum of Literature) and private galleries. 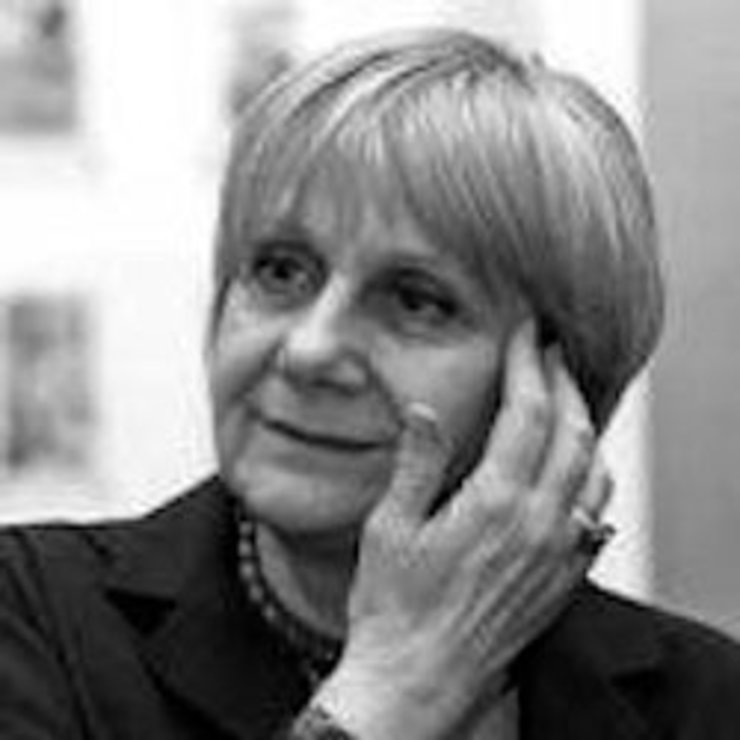 There is Someone in the House

Choice of the short stories of a great contemporary Russian writer.