​Iva Mojžišová (1939) was born in Bratislava in the family of Slovak physician and Czech-Russian historian of medicine. She studied the history of art and history at Komenský University in Bratislava,

Iva Mojžišová (1939) was born in Bratislava in the family of Slovak physician and Czech-Russian historian of medicine. She studied the history of art and history at Komenský University in Bratislava, and she never left her native city for a long time. She graduated in 1961 at the time when doc. PhDr. Alžběta Güntherová, department manager, was dismissed from the University for ideological reasons.

The desire of young graduate to teach or continue in the university career was unheard because of similar reasons. She refused to attend the graduation ceremony without academic degree; she did not know that this obstinacy would not abandon her until her seventy when she decided to obtain the doctorate.

The scenography, dance (Bauhaus), Euro-American and Czechoslovakian modern style and avant-garde (School of Art Crafts in Bratislava) led her to the first serious meeting with the art. Later, she worked with the Slovak Academy of Sciences.

When the situation changed due to Soviet occupation, she found her place in working on headwords for an academic encyclopaedia and research of newly discovered designs of old theatre decorations in Dolný Kubín.

Upon arrival of democracy, she tried to come back to abandoned themes; she wrote articles, essays, books and organized exhibitions. Neither long severe disease made her to give up her work and perpetually demonstrate that “changes and pressures of the world can be mastered without change to the attitudes and belief in values”.

She was awarded by many awards; the most important is the degree of Doctor honoris causa (2009) awarded by the Graphic Art University in Bratislava, the Dominik Tatarka Award (2011) and the VIZE 97 Foundation of Dagmar and Václav Havel Award. 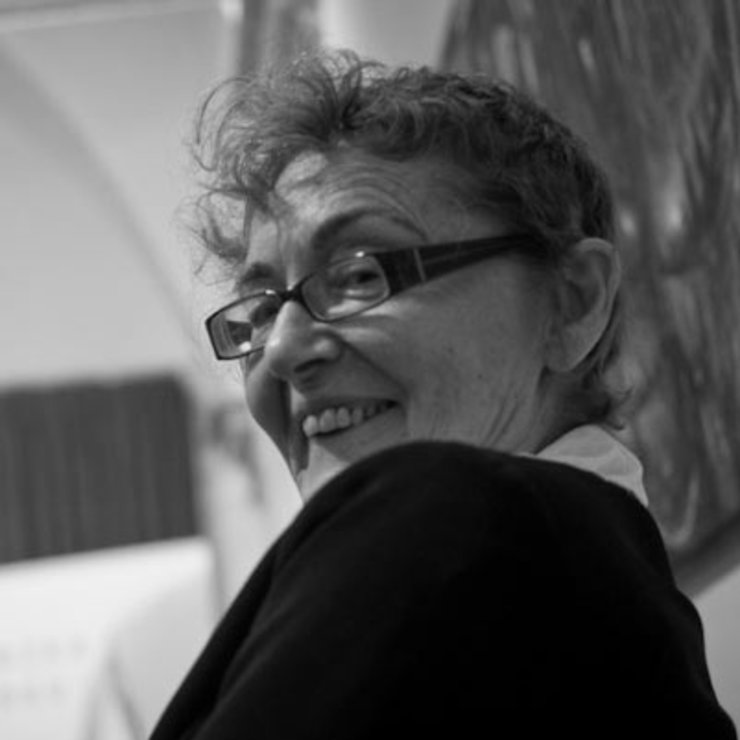 Collection of texts by a significant Slovak art historian about Slovak and international artists of the sixties. Iva´s eye and pen is exact and well focused

The school of modern vision

Representative monograph constitute repayment debt to the phenomenon of Slovak fine education. At the same time, however, remind to us, that the knowledge of our history has been manipulated.