Mária Janšáková had a model biography from a peasant point of view. She was a Slovak, Catholic, a caring mother and she used her above-average education to support her husband's career and social and educational activities. In the autumn of 1939, however, she found herself as a political prisoner in Ilava on a clay floor, without medicine, without court, without the possibility of defense, deprived of her rights. Nor was the police investigator aware of the reason for her arrest. He only recommended "to admit something" to have a lower penalty. After being released, she decided to write about a traumatic stay in prison. Thus, more than eighty pages of text was written and accompanied by an informed commentary by a historian Marína Zavacká, who deals with the history of propaganda and the context of building totalitarian regimes in the 20th century. 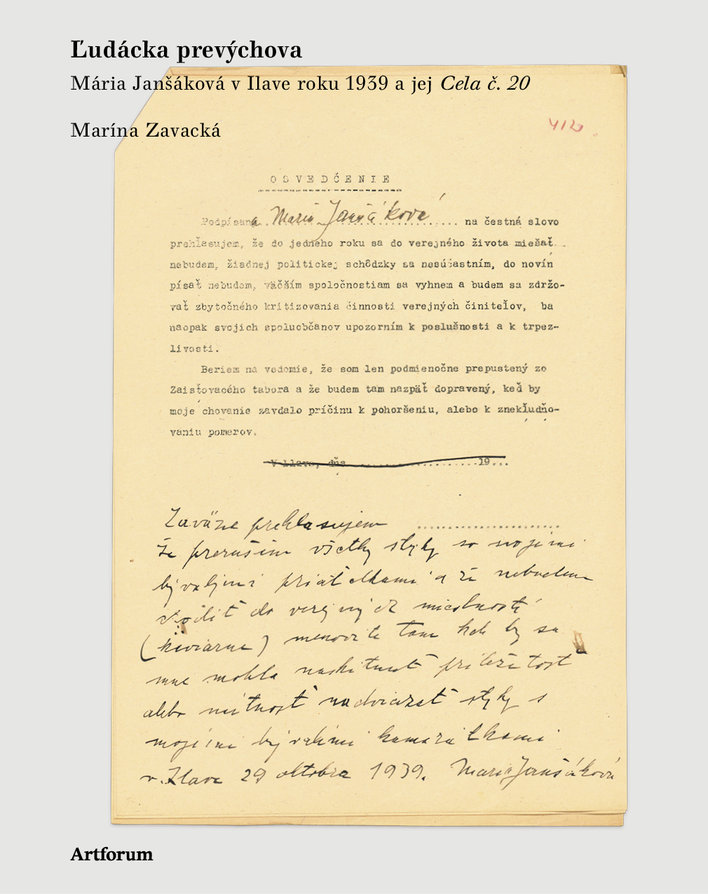